The 2016-2017 Broadway Across America season at the Broward Center is something to truly get excited about for families! This season is going to be one of the most family and kid focused I’ve ever seen with an amazing line up of shows. A season of entertainment perfect for audiences of all ages. Make memories that will last a lifetime with this 4 show Broadway Family Show Package.

The Broadway Family Show Package starts at just $148 and comes with benefits like flexible ticket exchanges and priority access to Broadway performances before the general public. 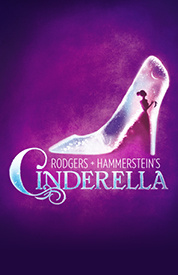 Rodgers + Hammerstein’s Cinderella is the Tony Award-winning Broadway musical from the creators of Oklahoma! and The King and I that’s delighting audiences with its contemporary take on the classic tale. This lush production features an incredible orchestra, jaw-dropping transformations and all the moments you love—the pumpkin, the glass slipper, the masked ball and more—plus some surprising new twists! Be transported back to your childhood as you rediscover some of Rodgers + Hammerstein’s most beloved songs, including “In My Own Little Corner,” “Impossible/It’s Possible” and “Ten Minutes Ago,” in this hilarious and romantic Broadway experience for anyone who’s ever had a wish, a dream… or a really great pair of shoes. 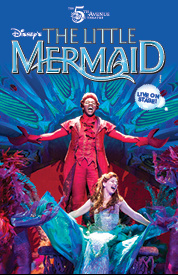 In a magical kingdom fathoms below, we meet Ariel, the little mermaid who is tired of flipping her fins and longs to be part of the fascinating world on dry land. Joining her are Sebastian, Ariel’s crabby sidekick; Ursula, the evil sea witch; Triton, King of the Sea and the handsome and human Prince Eric. Based on the Disney animated film and hit Broadway musical. Dive on in! Life is the bubbles, under the sea!

Winner of 50 international awards, including four Tony Awards, Matilda the Musical is the story of an extraordinary girl who, armed with a vivid imagination and a sharp mind, dares to take a stand and change her own destiny. Based on the beloved novel by Roald Dahl. 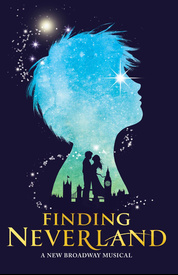 Directed by visionary Tony winner Diane Paulus, Finding Neverland tells the incredible story behind one of the world’s most beloved characters: Peter Pan. Playwright J.M. Barrie struggles to find inspiration until he meets four young brothers and their beautiful widowed mother. Spellbound by the boys’ enchanting make-believe adventures, he sets out to write a play that will astound London theatergoers. With a little bit of pixie dust and a lot of faith, Barrie takes this monumental leap, leaving his old world behind for Neverland where nothing is impossible and the wonder of childhood lasts forever. The magic of Barrie’s classic tale springs spectacularly to life in this heartwarming theatrical event.